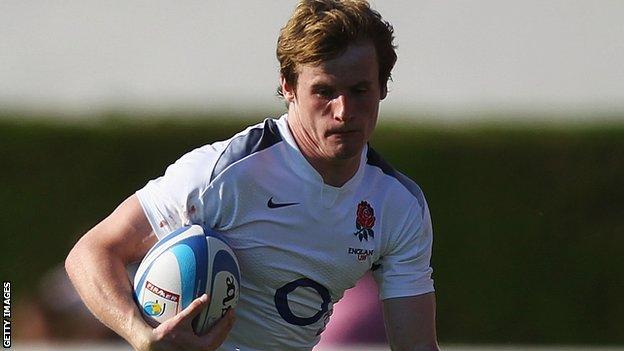 Fourth-placed Albion were 15-0 up after 20 minutes before throwing away the lead and falling further behind Nottingham in the Championship table.

"It's written off, it's underlined and we move on next week," said the dual-registered Exeter youngster.

"Unfortunately little lapses of concentration cost us two tries and then we were chasing the game."

The England youth international scored two tries in the opening 15 minutes for Albion to take his tally to three this season and is proud to be playing for the club he supported as a boy.

"Coming down from Exeter for a training session once a week, the boys make you feel really welcome," the 19-year-old told BBC Radio Devon.

"There's such a great vibe in the camp throughout the week regardless of weekend scores.

"I first came down when I was six-years-old watching the boys every Saturday, so to be out there running round and putting a few tries in, it's fantastic.

"It means a lot to my Dad, who comes down and watches each week, as well."