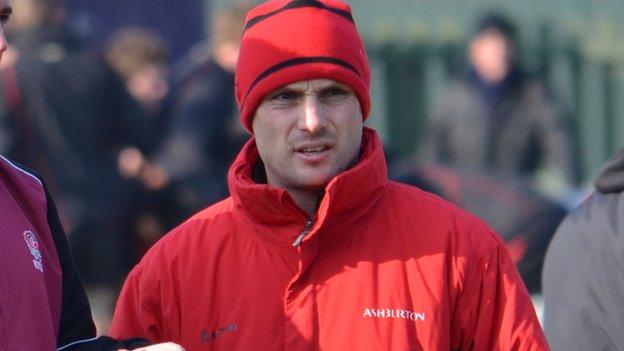 Jersey director of rugby Ben Harvey believes his side can be "a force for anyone" if they can continue to show the desire they had in their first Championship win of the season.

Jersey to record their first ever win in English rugby's second tier.

"I cannot fault the lads because the desire shown was terrific," Harvey told BBC Radio Jersey.

"If we continue to play like that then we'll be a force for anyone."

Jersey had to hold on at the end after conceding a late try, but Harvey says his side could have had a more comfortable day had they cut out their errors.

"We were very good in the first half and poor in the second, but we'll move on from it and get better and better," he added.

"We turned the ball over 12 or 15 times, that was individual players dropping the ball, it's a bone-dry day and there's no excuse for that.

"If there was a disappointing aspect of the day it was that we lost too much of the football."