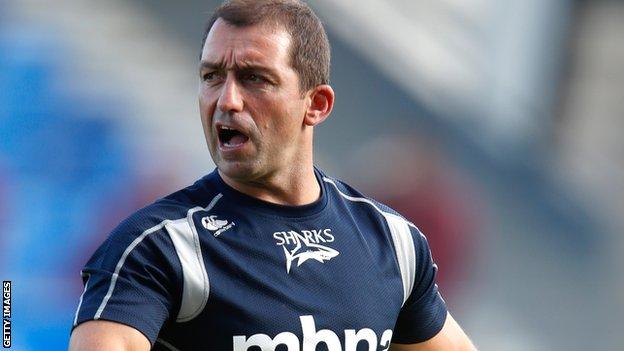 Sale Sharks have removed Bryan Redpath as director of rugby, with the former Scotland international offered a role as backs coach, BBC Sport has learned.

Sale have made their worst ever start to a Premiership season, losing their opening seven league fixtures.

And it is thought John Mitchell, currently a consultant at Sale, will join the Sharks on a full-time basis.

The arrival of the former New Zealand coach is dependent on him resolving contractual issues with the Golden Lions in Johannesburg.

A narrow victory over Cardiff Blues in the opening pool game of the Heineken Cup remains Sale's only win of the campaign.

Ex-Gloucester coach Redpath took charge of the Sharks in June, having spent five years with the club during his playing career.

A Sale spokesman confirmed to BBC Sport on Monday evening that Redpath remained an employee of the club.

He joined Sale in 2000 and, after ending his playing career in 2005, moved to Gloucester as backs coach. He was promoted to head coach in 2009 following the departure of former England international Dean Ryan.

He resigned as Gloucester coach in April after four successive defeats and was appointed Sale boss two months later on a four-year contract.