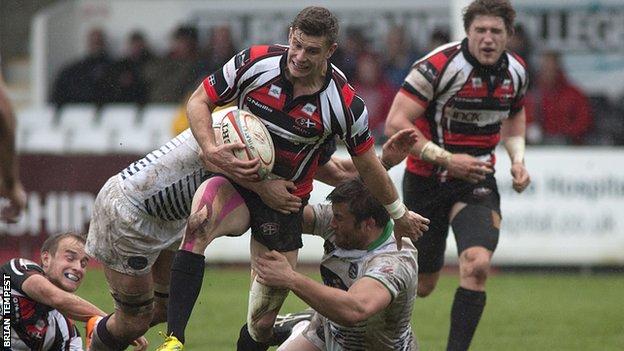 Cornish Pirates boss Ian Davies says there will be ups and downs as his new squad begins to understand one another.

"We played Newcastle who are different gravy, let's not make any bones about it, they will be winning this league," Davies told BBC Radio Cornwall.

"And we played Bristol where we've never won at and everyone perceives that we're playing badly."

He continued: "We're not, it's just that they've come in a cluster of games.

"People seem to forget that we lost to Esher away, that we struggled to beat Birmingham here.

"We've had ups and downs for the four years we've been here."

But Davies says his new-look side is improving and that they will not be perfect every time they play.

"We're evolving as a side, we're a new squad," added Davies.

"We lost six players to the Premiership, we've lost people to the RaboDirect and we're going to take time, there will be ups and there will be downs."