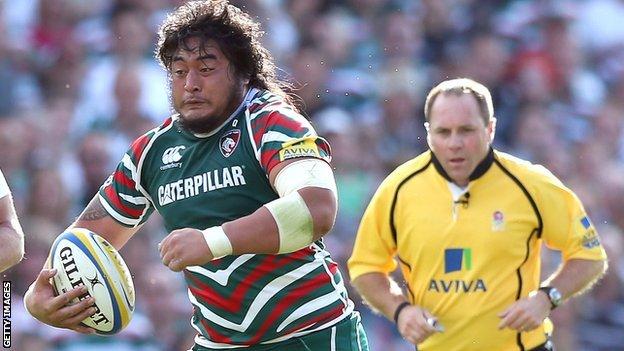 Leicester Tigers prop Logovi'i Mulipola could be out of action until mid-December because of a knee injury.

Director of rugby Richard Cockerill told BBC Radio Leicester: "He has hurt his knee and will be out for four to six weeks."

Mulipola was injured during Saturday's Premiership defeat against Gloucester.

The 25-year-old Samoan, who has played nine games this term, initially joined on a short-term deal in January, but signed a deal for this season in April.