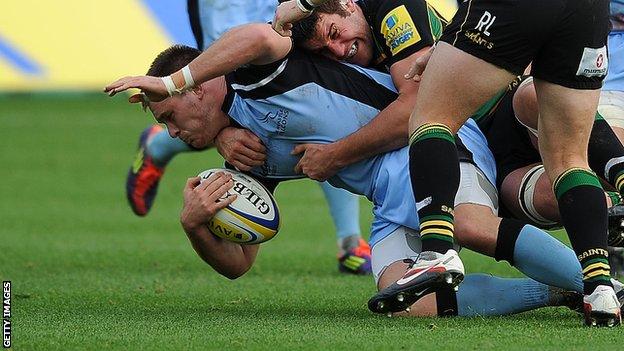 The 23-year-old Shiells, born in Melrose, has represented Scotland at Under-19 and Under-20 level and joined Newcastle in 2009.

Robinson said: "We've invited Grant to train with us given some of the recent injuries we've had on both sides of the front row."

But it is anticipated Jacobsen, Cross and Grant will be fit for the 11 November clash with the All Blacks at Murrayfield.

Cross is the only specialist tight-head in the squad, while four props are normally required on a match-day, with two named among the replacements.

Kyle Traynor, who left Edinburgh for Bristol in the summer and won three caps as a replacement in 2009, is the other prop in Robinson's squad.