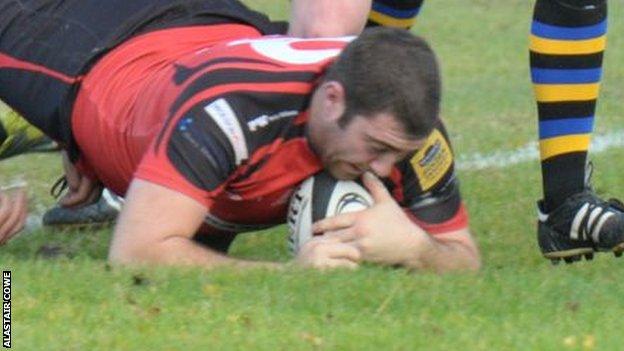 The 22-year-old back-row forward has already scored 10 tries in eight National Two South matches this season, to add to the 18 he got last season.

"He's a young player, new to the position he's playing, but he seems to be putting performances together," Morcom told BBC Radio Cornwall.

"Tom has been exceptional this year and he was last year as well."

He has been with Redruth since he was 14 and, despite having is committed to the club until the end of the season.

"He's scoring tries every week so it's a good thing we've got someone like him on our side," added Morcom.