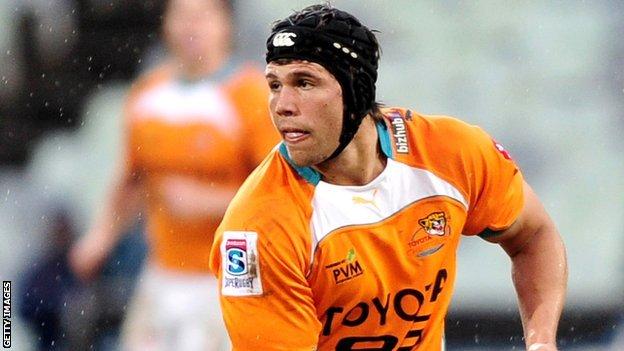 The 26-year-old, who signed a two-year deal with the Pro12 club in May, arrives following Free State Cheetahs' Currie Cup campaign.

"I've played a lot of rugby this season but I'm keen to get into action as soon as possible," he said.

"It's often said that the Pro12 and Heineken Cup are the most physical competitions in the world, so I'm looking forward to seeing how it compares with my experiences in the southern hemisphere," added the new arrival.

"I consider myself a pretty physical player, particularly in the tackle and contact areas, clearing out rucks and so on, while my lineout work is also something I pride myself on."

Van der Westhuizen is expected to be available for selection for Friday's match against Ulster at Ravenhill subject to a medical.