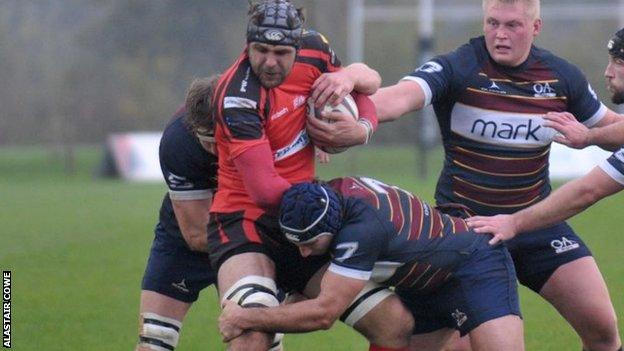 Redruth suffered their second heavy defeat at Hartpury College in as many years as they went down 47-15.

Alex O'Meara and Alexander Dancer tries put Hartpury in front after 20 minutes as they led 16-12 at the break.

But two tries from Ross Moriarty and one each for Billy Burns and Brandon Walker, along with 15 points from the boot of Burns sealed the win.