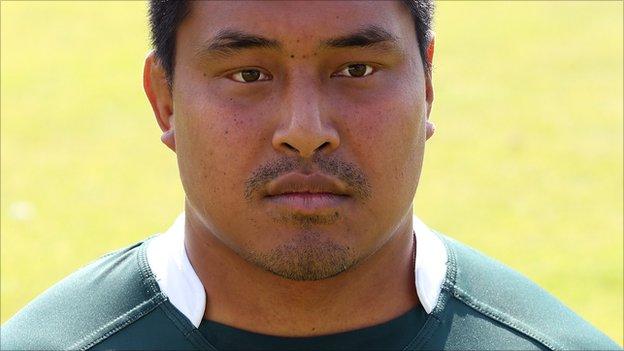 London Irish's Tongan tighthead prop Leo Halavatau has signed a three-year contract extension, keeping him at the club until 2016.

The 28-year-old has played 15 times for the Exiles, including four this term.

After spending one year in the front row at Birmingham & Solihull he signed for London Irish but a calf injury has limited his playing time for the club.

"I have really enjoyed the year and a half I have spent at London Irish," said Halavatau.

"I'm thrilled to be staying on for a further three seasons.

"There are some incredibly talented players in the squad and we believe we can compete with the best teams in the league so it is an exciting time to be involved with London Irish."