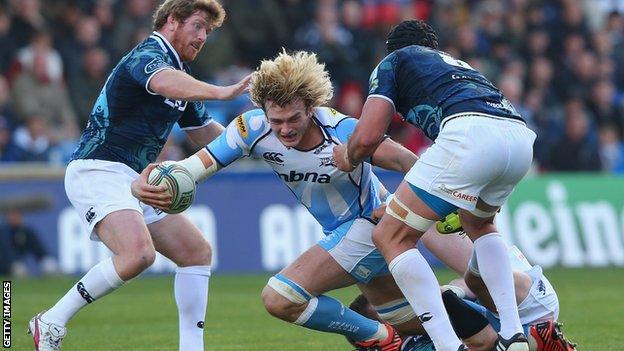 Second-row forward Richie Gray is unlikely to be fit for Scotland's match against New Zealand next Sunday.

Gray withdrew from the Sale Sharks side before their because of an ankle injury.

"Hopefully he'll play some part for Scotland, but it looks like he's out for next week."

Scotland coach Andy Robinson had been hopeful that Gray and Edinburgh backs Greig Laidlaw and Tim Visser would shake off their injuries in time to play against the All Blacks at Murrayfield.

Alasdair Dickinson, Ed Kalman and Moray Low are among the other forwards already absent from the Scotland squad through injury.