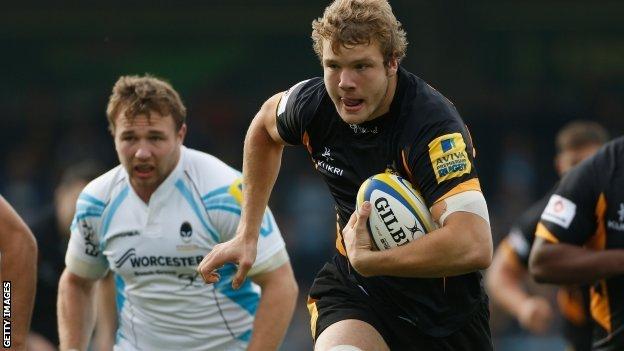 England begin their autumn international schedule at Twickenham on Saturday.

Amongst those returning to play for their clubs this weekend are forwards James Haskell, Mouritz Botha, Ben Morgan and uncapped Gloucester fly-half Freddie Burns.

Coach Stuart Lancaster will name his starting XV on Thursday.

"Saturday is a great opportunity for us to put a marker down and deliver a quality performance," said Lancaster.

"It's great to have young players such as Mako and Joe get their opportunities in the matchday 23 and we are excited about the potential of the squad."

Lancaster has had to deal with selection headaches throughout the week as a result of injuries.

London Irish centre Jonathan Joseph was ruled out after failing a fitness test on an ankle problem but will return to the training camp for treatment, as will injured Northampton pair Courtney Lawes and Dylan Hartley.

Fiji have called up Gloucester's in-form flanker Akapusi Qera to their squad ahead of Saturday's match.

The 28-year-old, who has won 26 caps, had initially committed himself to his club throughout the autumn Test period, but Gloucester confirmed they have agreed to a request from the Fijian management.