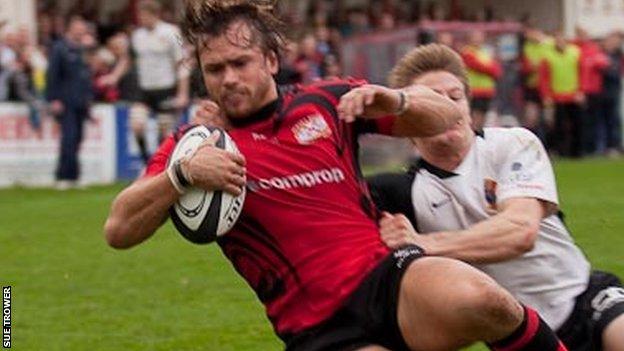 Jersey centre Donovan Sanders has hailed the club's second successive win in the Championship as "fantastic".

The at St Peter ensured that the island side climb off the bottom of the Championship table for the first time.

"It's been fantastic," the South African centre, who played his 100th match for the club, told BBC Jersey.

Sanders continued: "It was vital for us to get off the bottom of the table.

"To grind it out in front of a home crowd, who were behind us the whole way, was awesome."

Sanders joined Jersey from Coventry in the summer of 2009 and has helped the club rise from National Three London all the way up the the Championship.

"We've got promotion every year so far, but to be in the Championship and to be winning games is awesome."