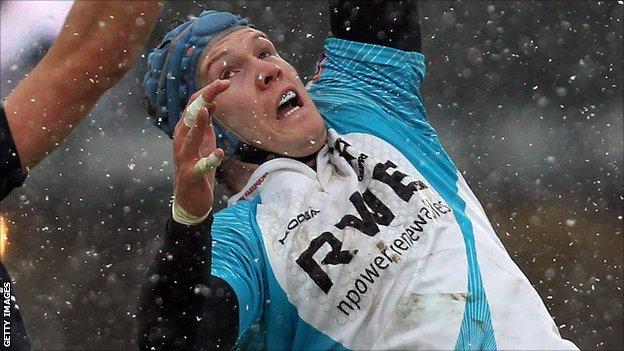 Newcastle Falcons have signed Ospreys second-row James Goode on loan until the end of the Championship season.

Goode, who played four games for Falcons in the Premiership last season, will provide cover for the injured duo of James Hudson and Carlo del Fava.

"I am delighted to be back in the North East," the 30-year-old former Cardiff Blues lock told the club website.

"I am really excited at the prospect of helping the club gain promotion back to the Premiership."

He added: "There is a new coaching set-up in place at Kingston Park, and we have the nucleus of last season's squad, as well as some quality new additions - the club is certainly moving in the right direction now."

Falcons director of rugby Dean Richards said: "James is just what the club needs, and will provide solid cover in the pack with both James Hudson and Carlo del Fava out injured.

"He will certainly add some fire-power as we continue our quest to return to the Premiership."