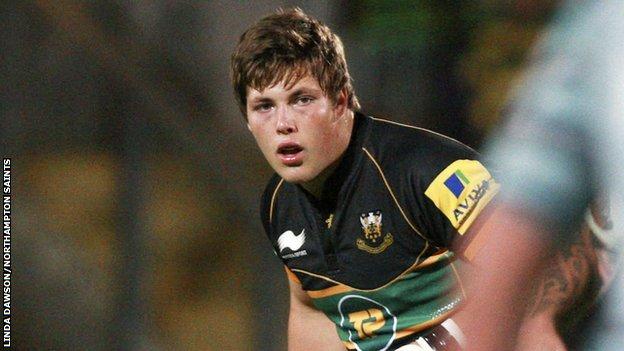 The 20-year-old has yet to make his first-team debut, having played for second side the Wanderers and on loan at Moseley this season.

"Playing in the first team is something I've wanted to do since I was a young one," he told BBC Radio Northampton.

He added: "I'm really looking forward to being part of this club for the next two years.

"There's still a lot of good props ahead of me. If I play my brand of rugby hopefully the coaches will see something they like and I'll get my chance."

Older brother Alex, 22, has made nine starts for Saints and appeared 57 times off the bench.