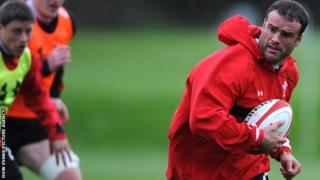 Wales and Lions centre Jamie Roberts has dismissed media criticism of his form after being picked to play for his country against Argentina on Saturday.

It will be Roberts's first game back for his country since Wales won the 2012 Grand Slam by beating France.

He missed Wales' June tour of Australia as a result of knee surgery and admits he is relieved to be back in the red shirt.