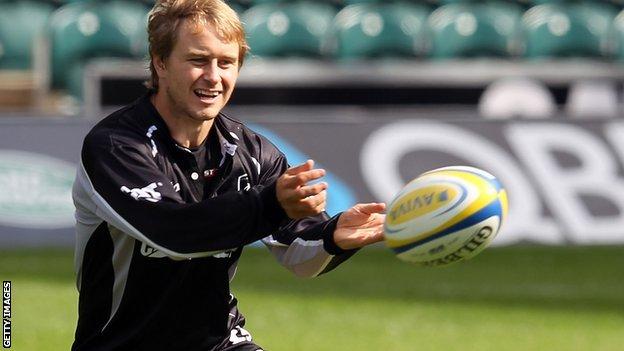 Leicester and England back Mathew Tait will start his first Tigers game for 13 months in the coming days when he returns after a groin injury.

Tait has only played three games for the club, the last in October 2011.

But the 26-year-old is set to feature against either a touring New Zealand Maori side on Tuesday or in the LV= Cup against Saracens on Friday.

Leicester are the trophy-holders, having beaten Northampton 26-14 in last season's final.

Cockerill used a mixture of youngsters and fringe players in the early stages on the competition and has vowed to do the same again this season, as the club look to cope with three games in eight days and the absence of key players.

A total of 13 players will be away on international duty and there could be up to seven out injured.

"It's a difficult one. We have so many guys away and injuries too," Cockerill said.

"But we are relishing it because a lot of the senior academy guys and fringe guys will get the chance. It's a real challenge.

"Last season in the early rounds, we sent out a mixed side and they came away with some really good results and it was really good for us."