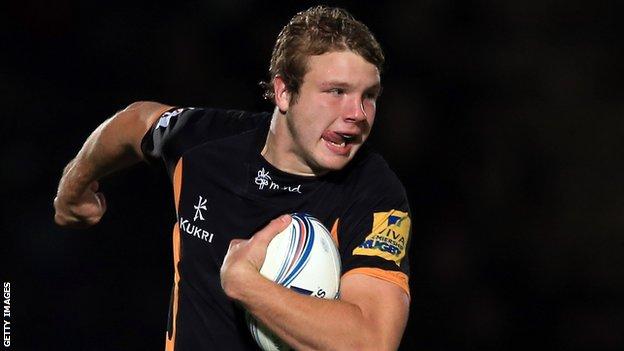 Wasps forward Joe Launchbury has signed a new deal until the summer of 2015.

The 21-year-old is for the upcoming autumn internationals and is set to win his first cap this weekend against Fiji.

Comfortable at lock and blindside flanker, Launchbury has made 33 appearances for Wasps since his debut in January 2011.

"This is fantastic news for us and it is a huge signing for the club," said director of rugby Dai Young.

"It gives a real shot in the arm to all of our players and coaches as it's a vote of confidence in what we are trying to do here."

He travelled with Stuart Lancaster's England squad for the summer tour to South Africa, but was forced to fly home with a knee injury.

"I had no hesitation in extending my deal," said Launchbury, whose previous contract was set to expire in 2014.

"There are some really good players for me to learn from here in our pack.

"I feel very confident that we are part of something that is really building in a positive direction."