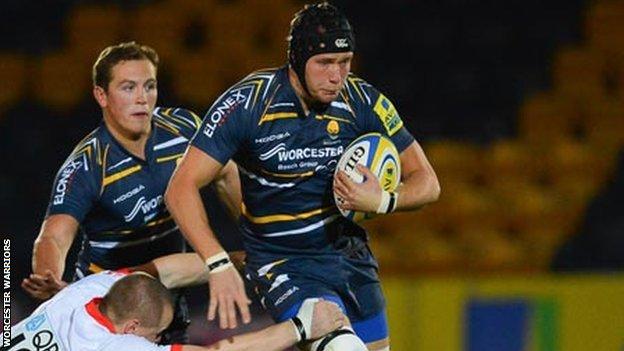 Worcester have signed former Leicester Tigers back row forward Richard de Carpentier on a short-term contract until the end of the season.

The England sevens international, who was on loan at Championship side Nottingham last season, has trained with the club throughout October.

He caught the eye for the A team in last month's home defeat by Newcastle.

"Richard will start his first game for us against Scarlets so he's got an opportunity to impress," said Warriors assistant coach Nigel Redman. "He gives us another option in the back row.

"Richard has done incredibly well since joining us on trial in October. He played out here against Newcastle and did exceptionally well and he's made a massive impact in training. He offers a lot of quality."