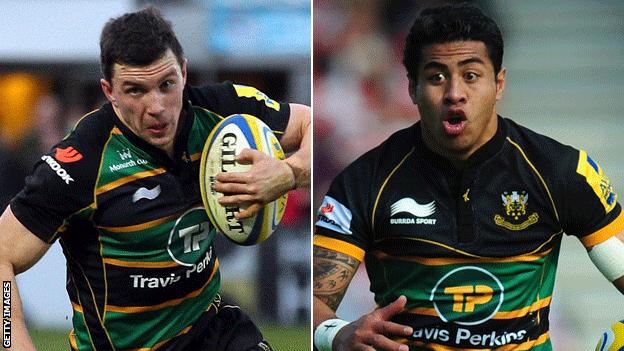 Samoa centre Pisi, 26, has scored eight tries in 31 appearances and was nominated for the RPA players' player of the year award last season.

Artemyev, the 25-year-old Russia international wing, has crossed the line nine times in his 31 Saints games.

"George had a superb first season and has carried that on in the current campaign," said boss Jim Mallinder.

"Vasily has shown regularly that he has the talent to shine in the Premiership and although he knows that he can still add things to his game he is eager to learn and works with all of the coaches."

Pisi, who earned rave reviews for his Saints' performances last term, was joined by his brother - winger Ken - at Franklin's Gardens in the summer.

Artemyev, who was educated at the famous Blackrock College in Ireland and played for Ireland Schools in 2005, joined Saints after featuring for Russia in last year's World Cup.

The length of both contracts has not been disclosed.