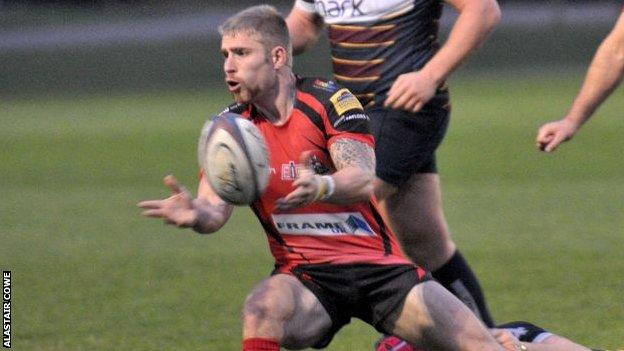 Redruth got the reaction they wanted after the with a 21-0 win over Dings Crusaders.

Tom Notman got the first try after two minutes, Paul Thirlby then kicked a conversion and three penalties before Greg Goodfellow's last-minute try.

We're a good side, a match for anybody and we'll keep playing as we are

"They're a tidy team and have scored a lot of points, so to zero anyone at home shows the work rate everyone put in," boss Adrian Edwards said.

"The defence was fantastic," Edwards added to BBC Radio Cornwall.

Redruth are still fifth in National Two South, seven points off leaders Henley after winning eight of their opening 10 games.

Veteran prop Darren Jacques, who was voted man of the match, says the fact that Redruth were unfancied going into the season has worked to their advantage.

"There's no pressure on us, we can go and play some rugby," Jacques said.

"We're a good side, a match for anybody and we'll keep playing as we are."