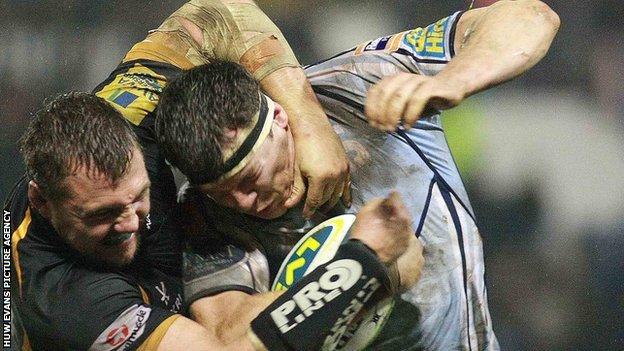 Former Wales fly-half Ceri Sweeney came on to guide Cardiff Blues to their first win in seven starts as they saw off ex-boss Dai Young's Wasps.

Another Bell penalty put Wasps 17-10 ahead at the Arms Park.

But Sweeney took over at fly-half from Gareth Davies in the 55th minute, then created a try for Tom James and scored the winner himself.

Sweeney convered his own try to secure the win.