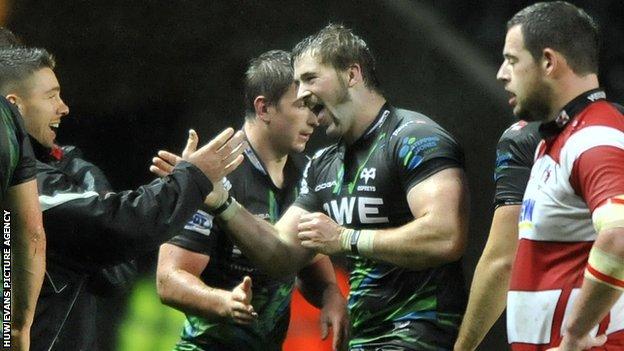 But Matthew Morgan dropped two first-half goals and kicked three penalties to give the hosts the edge.

Dan Murphy went over for Gloucester, who were also awarded a penalty try. But Tom Grabham went over for the hosts before Allen sealed the win.

Sam Davies, who replaced Morgan in the 59th minute, also kicked a conversion and penalty as he helped the Ospreys see off the Gloucester side coached by his father Nigel.