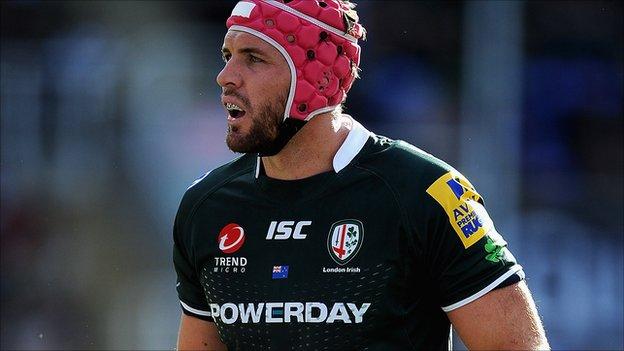 The second-row forward, who joined the Exiles in September 2011 from Super Rugby side Hurricanes, has made 35 appearances, scoring three tries.

"I am so proud to be a part of this club and I am looking forward to extending my time here by another two seasons," said Evans.

He has been capped twice by the All Blacks, both against France in 2009.

London Irish director of rugby, Brian Smith added: "Bryn Evans is a very important player for the club. He runs our lineout and is a key member of the leadership group.

"On top of that Bryn brings a lot of rugby intelligence to the team and he's a very popular and respected member of the group.

"It's fantastic he's committed to the London Irish cause. He is one of the true believers".