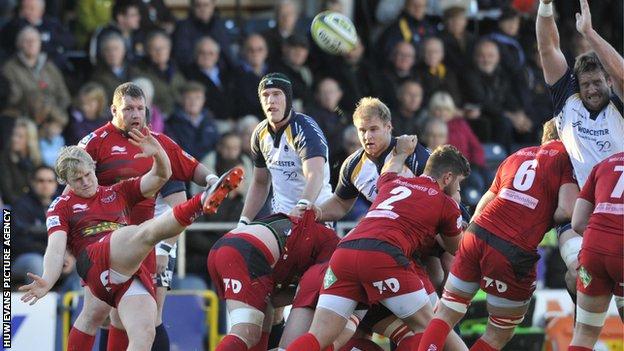 The visitors led 6-13 at the break after Andy Fenby's try, with Owen Williams converting after also landing two earlier penalties.

But Worcester took control after the break with tries from Ben Howard, Semisi Taulava and Jake Abbott.

"We really struggled in the first half to keep hold of the ball. At half-time, we realised if we could keep hold of it, then there were four tries out there in the second half.

"Maybe a couple of the tries were slightly lucky but it was a much-improved second half.

"The LV= Cup is another opportunity to win silverware. It would be great to be playing in the final here at Sixways in front of a home crowd."