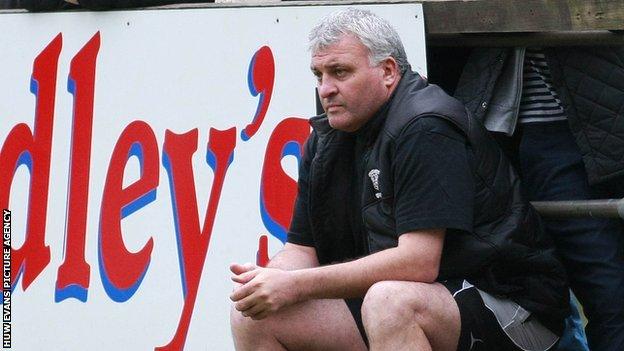 He had been coaching Cross Keys' backs in the Welsh Premiership, helping them to beat Pontypridd 32-19 to win the 2012 Swalec Cup final in May.

Cardiff Blues confirmed in a statement: "Mark Ring will join the [Cardiff] club as backs coach."

Ring, 50, made 32 Wales appearances during a career in which he starred for Cardiff and Pontypool rugby clubs.

He played in the first Heineken Cup final, in which Cardiff lost to Toulouse in 1996, then turned to coaching.

In addition to Cross Keys' 2012 Swalec Cup success, Ring helped head coach Greg Woods guide the part-timers into the British & Irish Cup final, where they lost 31-12 to Munster A.