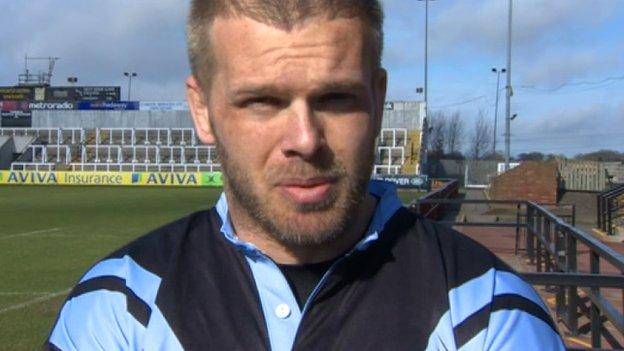 The 32-year-old ex-Leicester, Gloucester, Leeds and Worcester man left the Falcons after their relegation to the Championship last season.

He told the club website: "I took some time away from rugby at the end of last season to recharge the batteries, but I'm delighted to be back.

"I'm very grateful to get this opportunity."

Exiles head coach Lyn Jones said: "It's a very good signing for us. Adam brings a wealth of experience in the Premiership and will be a huge addition on the training ground as well as on the pitch. It works well for both parties."

He has been named on the bench for Sunday's LV= Cup clash with Exeter Chiefs at the Kassam Stadium.