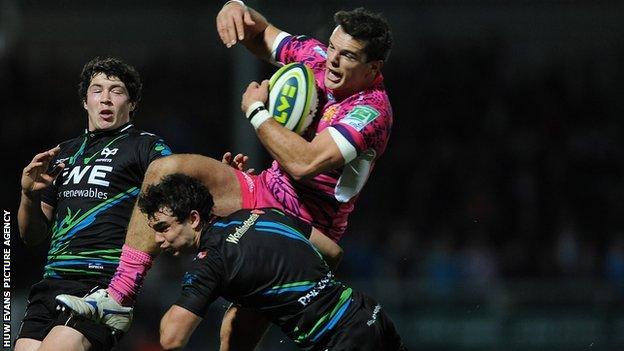 The Ospreys' hopes of progressing beyond the LV= Cup pool stage were dealt a blow at Exeter.

Henry Slade gave the hosts the lead and Morgan Allen struck back with a try converted by Sam Davies, who added a penalty.

But tries by Will Carrick-Smith and Myles Dorrian, converted by Slade, gave the hosts a 17-10 lead at the break.

Slade added two more penalties in the second period with Davies kicking his second penalty for the visitors.