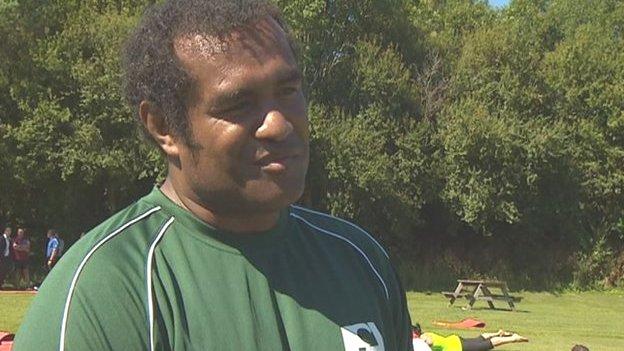 Plymouth Albion boss Nat Saumi says the players that came in for Friday's have given him a 'big decision' to make for the club's next match against Bristol.

Saumi was forced into eight changes for the match after international call-ups and dual-registered players going back to their parent clubs.

But he says the players that came in did not let him down.

"They haven't had their chances and I knew they had that hunger," Saumi said.

Saumi's side had lost five consecutive games, including a loss to previously bottom side Jersey.

The likes of Rupeni Nasiga, David Morton and Keni Fisilau were recalled to the squad for the victory against London Scottish.

Saumi told BBC Radio Devon: "I knew they had that hunger and wanted to put in a marker.

"They've created a big decision for me for the Bristol game. Those guys have been working hard in pre-season."