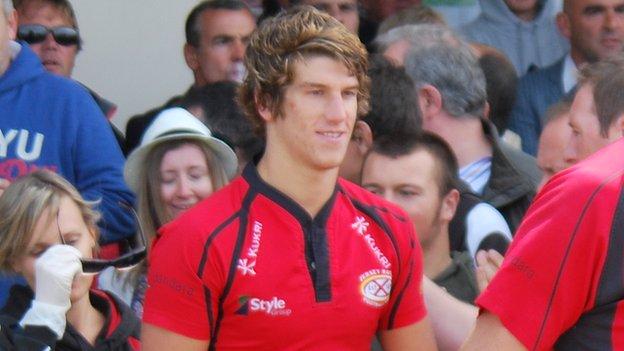 The 22-year-old was carried off with six minutes left in the match and taken to hospital.

But the flew home with the team on Monday.

"The immediate prognosis was that it was a heavy knock, rather than anything more serious," said a club spokesman.

"We're reasonably optimistic that he won't be out of action for too long, but it's not yet possible to say whether he'll play in the next game," he added to BBC South West Sport.

Jersey take on Newcastle in their next match at St Peter on 24 November.

Scrum-half Nicky Griffiths, who came off with a concussion, rejoined the side after the match and will be assessed ahead of the clash with the runaway Championship leaders.