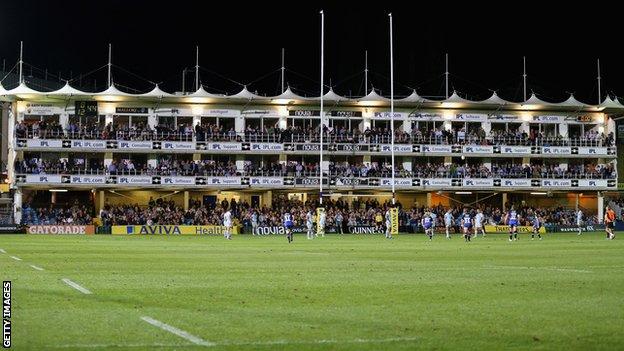 Bath have signed Alan Cotter on a month-long loan from Munster.

The 26-year-old comes in to replace Paul James and David Wilson, who are on international duty with Wales and England respectively.

Cotter was loaned out to London Irish in September and came on as a replacement in the Exiles' 29-22 Premiership victory over Bath.

Meanwhile, hooker Rob Webber has revealed he is still three months away from returning from shoulder surgery.

Webber, 26, joined Bath from Wasps during the summer but has yet to make his debut after damaging his rotator cuff muscle while on England duty.

"I'm hoping to be back playing in February time," he told BBC Radio Bristol.

"Hopefully I'll be involved with the boys on the training field from mid-January.

"At the moment it's a fairly lonely existence in the rehab room but it's progressing well after having the second operation.

"It's been a slow process. I just can't wait to get out there on the Rec and start chipping in."