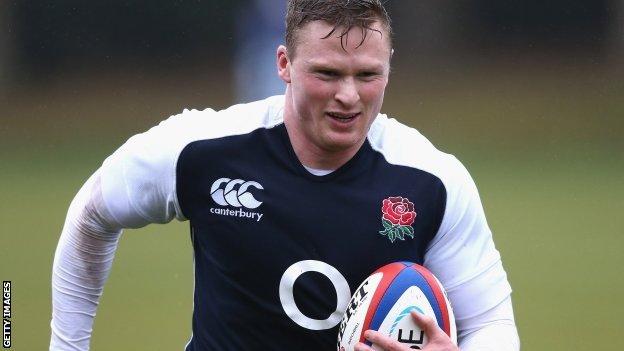 Saracens winger Chris Ashton has been named in England's 23-man squad to face Australia on Saturday as Harlequins' Ugo Monye misses out.

Ashton returns after being suspended for England's 54-12 victory over Fiji on Saturday.

Ashton's inclusion is the only change to the squad, with Gloucester's Charlie Sharples keeping his place after scoring two tries against Fiji.

Monye misses out despite scoring a try against Fiji in his first international appearance for more than two years.

Ashton, who this week was described as "pretty" by Australia's Digby Ioane, has shown good form against the Wallabies, scoring three tries against them in the last three Tests.

Lancaster said: "We had to make some tough decisions within the 23 and we are in a good position to be able to select from a largely fit squad.

"It is tough on Ugo, who misses out this time, but Chris (Ashton) has been excellent in training and Charlie (Sharples) is rewarded for his performance at the weekend."

Corbisiero played his first game in five months last weekend after recovering from a knee injury while Joseph is only just fit again after shaking off an ankle injury.

"Jonathan Joseph has come through training but Brad Barritt and Manu did well in the centres and, similar to Alex, it would be good for him to get some game time," added Lancaster.

Manu Tuilagi has not trained this week after undergoing rehabilitation on a sprained foot but Lancaster is confident he will be fit to play on Saturday.