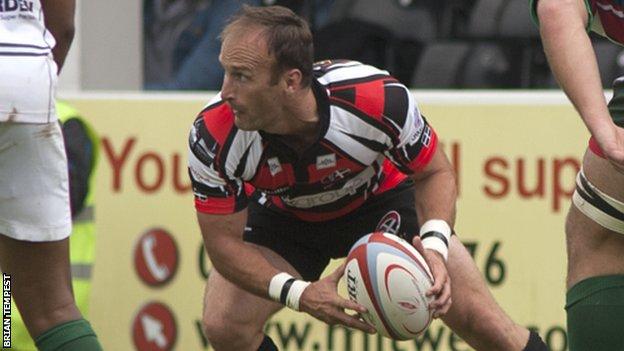 "I am obviously delighted to have been chosen," Cattle said.

"It's a huge honour to lead the RFU Championship side, particularly against a team like the Maori All Blacks."

Cattle is in his second spell at the Pirates after first joining them in 2004.

He spent three years at the Mennaye before leaving for Llanelli Scarlets and joins fellow Pirates players Phil Burgess and Alan Paver, as well as in the squad for Saturday's game at Doncaster.

"I've been involved in the RFU Championship for quite some time now and have seen the standard of rugby rise considerably, especially over the past four years," Cattle said.

"The squad that Mike (Rayer), Ian and Diccon (Edwards) have selected reflects the quality on offer in the competition and I'm confident the boys will put in their best possible performance to showcase the league.

"Whilst the players will be used to lining-up against each other for their respective teams, this is about coming together to represent our league as one and I know all the players will share that mind-set.

"I'm just looking forward now to heading up to Doncaster and meeting up with the squad," he added.