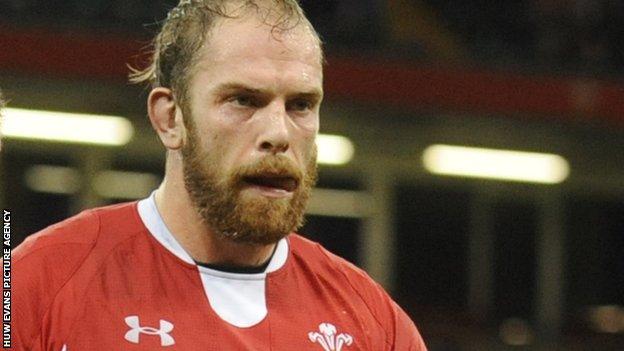 Lock Alun Wyn Jones could miss the start of Wales' Six Nations title defence after being ruled out for up to 16 weeks with a shoulder injury.

The 27-year-old suffered the injury towards the end of the first half of Wales' 26-12 defeat to Argentina.

Jones was ruled out of the remainder of the autumn series after scans revealed he needed surgery to reconstruct his AC joint ligaments.

The Ospreys captain will undergo surgery later this week.

"We will be looking at a 12 to 16 week rehab process post-op to get him back on the field," said Ospreys head physio Chris Towers.

Scarlets flanker Josh Turnbull has also been ruled out for six weeks with a knee injury picked up against the Pumas.