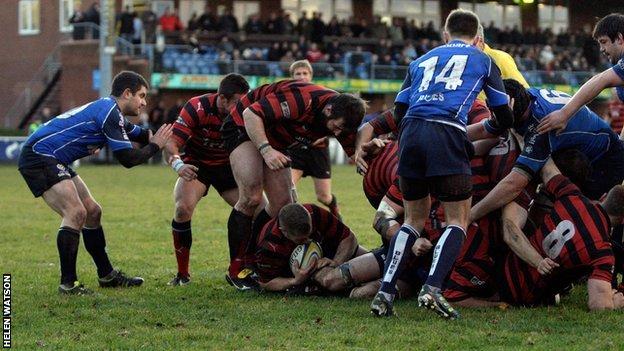 Blackheath coach Yusef Ibrahim has slammed the majority of his side after their sixth defeat in seven matches.

The club, who are 11th in National One, slumped to a 20-13 defeat at Macclesfield on Saturday.

He told BBC Radio Kent: "We were rubbish. There's too many players out of form at the moment.

"There's only three players who put their head above the parapet, the rest went hiding. It's an embarrassment to the club I'm afraid."

After a storming end to last season and winning four matches in September, Blackheath have been triumphant just once since, sliding down the table in the process.

"We can't use injuries as an excuse," Ibrahim continued. "The 20 boys we took are good enough to play in the first team.

"The 17 that didn't perform need to have a close look at themselves."