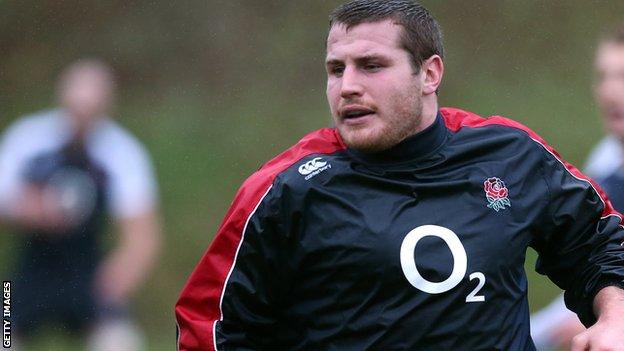 The 23-year-old number eight had been training with the national side, but was released to play in his club's 46-20 victory over London Welsh in the LV= Cup, scoring three tries.

"He's been great for us. He's just got to keep battling away."

The longer England don't play him the better it is for us, but I'm sure it won't be long

Morgan, who left Scarlets to sign for Gloucester on a three-year contract in March, made his international debut in this year's Six Nations.

But the Bristol-born player has failed to establish himself as a regular for England, and Tindall says his country's loss is his club's gain.

"The longer England don't play him the better it is for us, but I'm sure it won't be long," Tindall continued.

"England didn't win this weekend, so I think he's got a big role in England's future.

"As long as he doesn't get frustrated by it and he just keeps playing well for Gloucester, that's all he can do and the rest of it is out of his hands.

"There are always places for improvement, but how powerful he is off the base and his ball-carrying ability is phenomenal, so we've just got to make sure we keep getting him better and better."