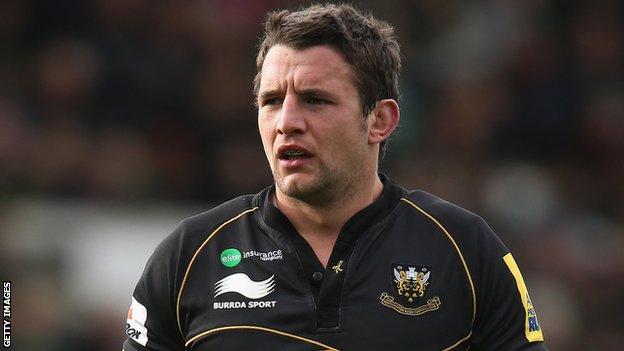 Back row Phil Dowson hopes victory over Newport-Gwent Dragons in the LV= Cup can be the springboard for an upturn in league form by Northampton Saints.

The 31-year-old made his 100th appearance for the club as they ended a run of four straight defeats.

Dowson told BBC Radio Northampton: "I don't think we've been playing as badly as those results make out.

"It was never a club in crisis. We had to be a little bit sharper here and there and get on with it."

Reflecting on two of their recent defeats, he continued: "Leicester was a pretty dire game and we had one defensive slip and they scored. We failed to break Saracens down but we had lots of pressure.

"We've got stuff to work on but we should be confident moving forward."

Saints currently lie fifth in the Aviva Premiership ahead of matches against London Welsh and Sale Sharks.

"London Welsh are showing what a class act they are. A lot of people wrote them off and they've been very strong," said Dowson, who made the move to Franklin's Gardens from Newcastle in 2009/10.

He has seven England caps but is currently on the fringes of Stuart Lancaster's squad, having been released back to Saints prior to the first two autumn internationals.

Dowson said he had enjoyed his time at Saints, having also scored 19 tries.

"Since I moved from Newcastle, I've loved it," he added. "Almost every game has been a lot of fun."