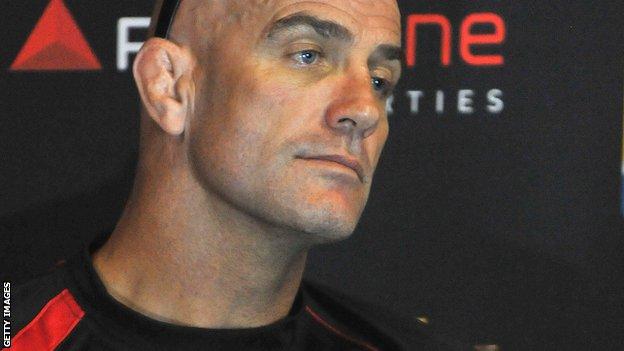 John Mitchell has left his position as head coach of Golden Lions, possibly paving the way for a move to Sale.

The 48-year-old has been

Mitchell was suspended by the South African side but after being cleared of misconduct charges.

He will now take on the role of technical advisor with the Lions, which could allow him to take a permanent position with Sale.

Chief executive Steve Diamond told BBC Radio Manchester after last Friday's LV= Cup win against Saracens that he with the Sharks within "48 to 72 hours".

Sale have reshuffled their coaching staff in recent weeks following a disappointing start to the Premiership season.

Bryan Redpath began the campaign as director of rugby, but was after the club made their worst ever start to a league season, losing their first seven matches.

The ex-Scotland scrum half is with Diamond currently

The Sharks remain bottom of the table, although they were victorious in their last league outing