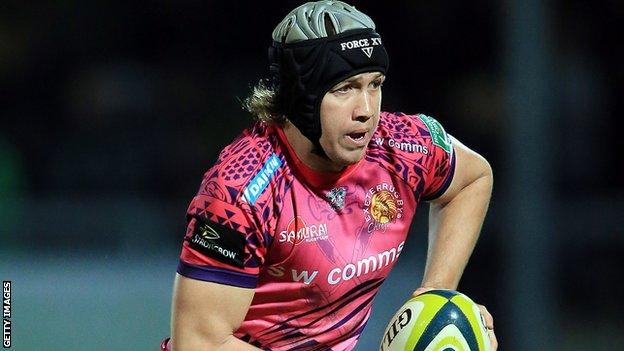 Exeter skills coach Ricky Pellow says the club's sets them up nicely for their Premiership tie with London Irish.

A second-string Chiefs side made tough work of their Welsh opponents at Sandy Park, but are top of their group.

"We can go into the London Irish game with a bit of momentum and a feel good factor around the squad," Pellow said.

"It's not just always about the Premiership side, it's about the whole squad as well," he added to BBC Devon.

Youngster Will Carrick-Smith got his second successive try while Myles Dorrian got his first try for Exeter since January as England Under-20's fly-half Henry Slade kicked 13 points.

"It's been a massively pleasing couple of weeks for the group of players," Pellow said.

"The performance perhaps wasn't where we wanted it to be, but to be top of our group will give us real momentum going back into the Premiership.

"The group of guys can be really pleased that they have done well."