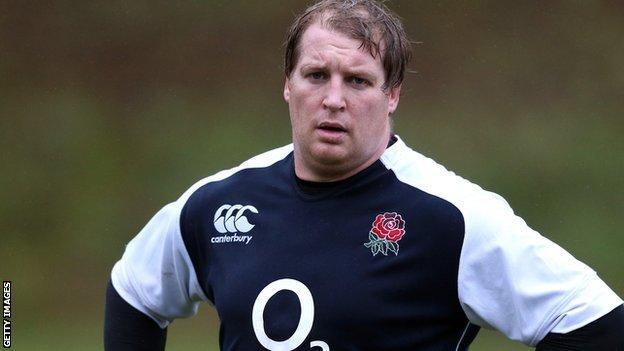 Prop Joe Marler is also out after straining medial ligaments in his knee in the 20-14 defeat against Australia.

Ben Morgan and James Haskell are both set to feature in the match-day squad for the first time this autumn.

London Irish centre Jonathan Joseph is also back, in place of Sharples, after shaking off an ankle injury.

With Chris Ashton the only specialist wing left in the squad, either Joseph, who could also play at centre, Manu Tuilagi or full-back Mike Brown could start in the number 11 shirt.

Morgan is favourite to replace Waldrom at number eight after scoring a hat-trick of tries for Gloucester last weekend, while Haskell has also played in the centre of the back row for England before.

Flanker Tom Wood, who impressed after coming on for the last half-hour against Australia, is also set to return to the starting line-up.

Alex Corbisiero will also return after overcoming a knee injury and could start at loose-head, with Mako Vunipola likely to remain on the bench.

Head coach Stuart Lancaster said: "The changes give opportunities to those who have been pushing hard and we feel will add energy and balance to the team.

"Unfortunately that means one or two players miss out who were in the match-day squad against Australia.

"But they have all added value with their contributions in training and the games and I am sure they will be looking to play well for their clubs and force their way back in."

Lancaster will confirm his starting XV on Thursday.