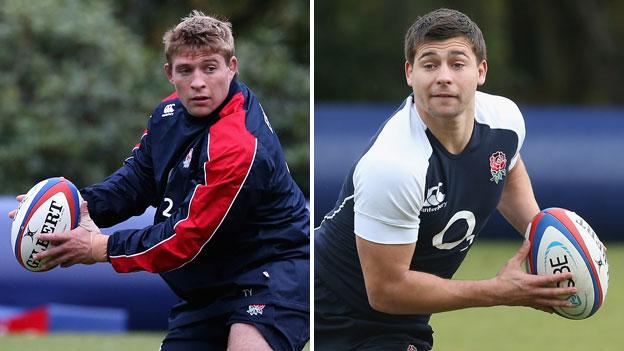 In keeping with club policy, Tigers have not revealed the length of the deals but describe them as long term.

They have grown up in a Leicester Tigers family. Their dad Nick played for the club and they know the history of this place

Scrum-half Ben, 23, and hooker Tom, 25, are currently part of the England set-up and both featured in last Saturday's 20-14

"They are the kind of players we want to build the club around," said director of rugby Richard Cockerill.

Ben has won 26 international caps and has appeared in four Premiership finals and played more than 100 times for Tigers.

Tom made his Test debut against Fiji earlier this month but first appeared for Tigers as a centre in 2006.

Cockerill added: "It is excellent news. They are both very important to the club. They have grown up in a Leicester Tigers family.

"Their dad Nick played for the club, they know the history of this place and they have come all the way through the academy system here before establishing themselves as key first-team players.

"Ben and Tom both have an excellent attitude to their work."