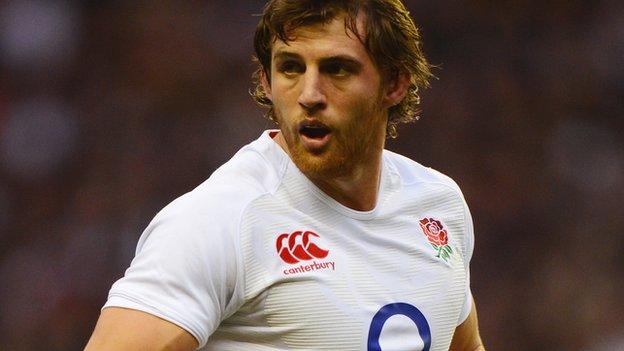 The 26-year-old is set to make his first start since last year's World Cup after recovering from a foot injury.

"James Haskell says that playing South Africans is like a man test," he said. "They look for your biggest guy and get theirs to run at him as hard as he can.

"If you show any fear and back off to any extent you've got a long day at the office. You have to match it head on."

Prop Joe Marler is also out after straining medial ligaments in his knee in the 20-14 defeat against Australia.

England lost the first two Tests of their three-match summer series in South Africa but ended a run of nine straight defeats by the Springboks with a 14-14 draw in the final match.

Asked whether England would require a degree of 'nastiness' to confront South Africa's direct approach, Wood added: "With the physical challenge that is coming there has got to be an element of that.

"That would definitely be something I would look to bring to the team. I'm combative and abrasive and I like to get stuck in."