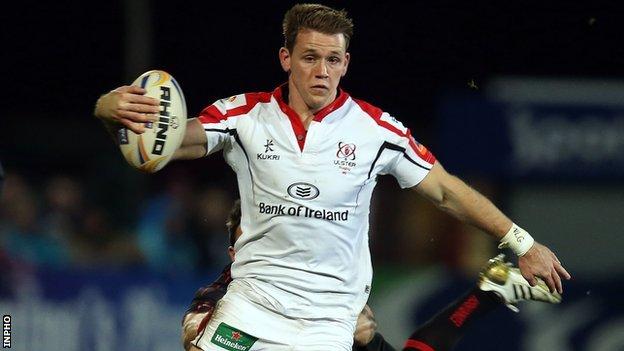 Ulster wing Craig Gilroy has signed a three-year contract extension, which will keep him at Ravenhill until 2016.

The 20-year-old scored two tries on his Ulster debut in November 2010 and has played 52 times for the province.

Gilroy is also a rising star for Ireland and he scored three tries in last weekend's win over Fiji.

"I am proud to play for my province and representing Ulster means a great deal to me. Things are going really well at the moment," said Gilroy.

He added: "We have had a good start to both the Pro12 and the Heineken Cup and it is great to be a part of.

"I am looking forward to helping Ulster be successful over the course of the rest of this season and the next three seasons."

Gilroy, who was educated at Methodist College before playing club rugby with Dungannon, has been Ulster's top try scorer for the past two seasons.

His try against Munster in the Heineken Cup quarter-final last season was awarded Try of the Season at the 2012 IRUPA Player Awards.