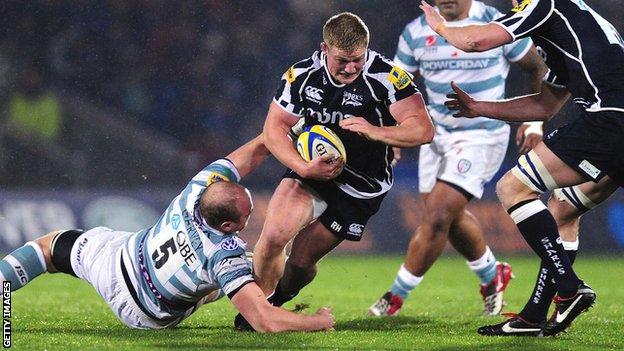 Sale have rewarded young forwards Ross Harrison and Tommy Taylor with new contracts after both made impressive starts to the Premiership season.

Prop Harrison, 20, and 21-year-old hooker Taylor have both agreed three-year deals with the Sharks.

Taylor has made eight appearances this season in all competitions, while Harrison has played seven times.

"They epitomise everything that is good about the club," chief executive Steve Diamond said.

"I've been amazed at how well they have stepped into the side, dealt with the pressure and risen to the challenge.

"They are the ones who have really come to the fore in recent weeks.

"In fact, they have inspired everybody else to up their game with the way they have played. They are so consistent in everything they do.

"We've talked about building the club around local talent and these lads are really what we are about.

"Hopefully, their progress also demonstrates that we are not afraid to give young lads their chance."