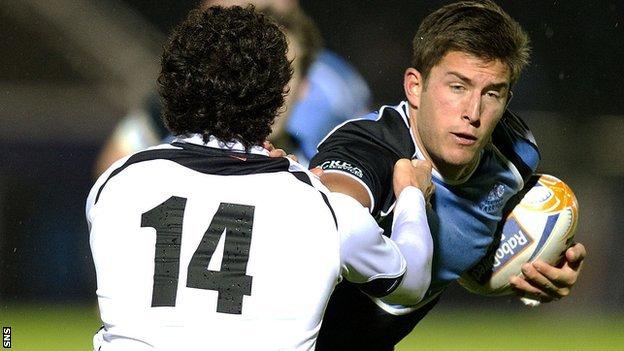 Glasgow Warriors boast a strong squad for the visit of Leinster in the Pro12 on Friday with players returning from injury and international duty.

However, third-place Glasgow have Henry Pyrgos and Niko Matawalu away with Scotland and Fiji respectively.

Warriors are aiming for seven wins in a row in the Pro12, while Leinster, in sixth place in the table, have five wins from their eight matches.

Chris Cusiter and Murray McConnell are not match-fit, so elite development scrum-half Sean Kennedy starts, with Jackson at number 10.

Townsend told the club's website: "We've obviously had a number of players who have been out injured so to be able to bring back Pat and Moray in the front row and have our top try scorer in DTH back as well is great news for the club.

"We can also call on a number of men who have been involved with the Scotland squad over the past few weeks and they'll all be desperate to prove that they merit involvement with the national side again.

"I am really looking forward to seeing the team play after an excellent week of training."

Glasgow's last run-out at home was at the beginning of November.

"In our last game here at Scotstoun we kept up our winning run through some ambitious attacking play allied to strong defence, and that was a great way to enter the international break," added the Warriors coach.

"But we know as we enter the middle third of the season that it's going to get much tougher, starting with Leinster.

"They are an exceptionally good side and will be desperate to close the gap in the table to the top four."