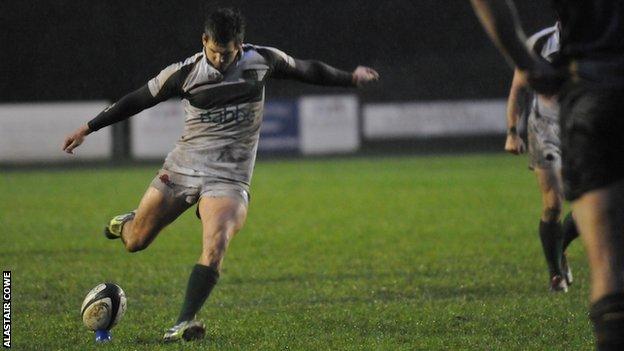 The centre, who was playing in just his second game for the island side, kicked the winning points as Guernsey held on after a second-half fightback.

The visitors led 15-5 at half-time as a try for Sam Stevens and a penalty try were sandwiched by Luke Sloan's score.

Hertford levelled the scores through a Robert Walters penalty and Chris Joannou try before Davidson's winner.

The win sees Guernsey rise up to sixth place in National Three London.