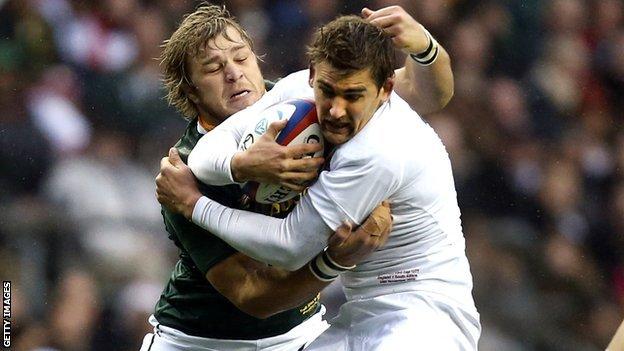 England fly-half Toby Flood is a doubt for England's Test against New Zealand on 1 December but did not break a toe in Saturday's 16-15 loss to South Africa, as first feared.

Leicester man Flood, 27, kicked two penalties at Twickenham but was forced from the pitch after 47 minutes and replaced by Owen Farrell.

However Flood had an X-ray after the game which ruled out a break.

The player will have more tests on Sunday to establish what further treatment is needed.

Farrell kicked a trio of penalties but failed to prevent England's second successive narrow defeat in the autumn internationals.