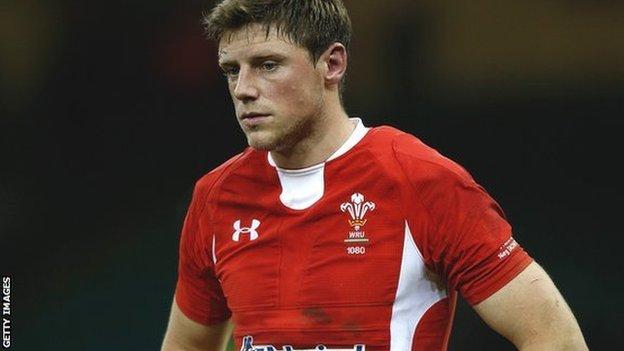 Wales fly-half Rhys Priestland has sought the help of a sports psychologist after losing confidence in the wake of "poor performances".

Priestland revealed he has recently consulted Andy McCann, who helped the Wales team at the 2011 World Cup.

And the 25-year-old Scarlets stand-off has stopped using Twitter and reading newspapers in an attempt to isolate himself from fans' criticism.

"I have been pretty down over the last couple of weeks," he said.

Priestland was a pivotal player as Wales reached last year's World Cup semi-final, and started every game as they won the 2012 Six Nations Grand Slam.

He has played in the defeats by Argentina, Samoa and New Zealand in November, a run which leaves Wales struggling to stay inside the top eight in the world rankings.

"After Samoa, I did not want to leave the flat or want to see anyone," revealed Priestland.

"The poor performances against Samoa and Argentina were a lot to do with me because I have been playing with blinkers on.

"I buried my head in the sand and did not leave the flat.

"I knew I had to sort things out in the build-up to the New Zealand game."

That meant seeing sport psychologist McCann, who has been credited by Wales captain Sam Warburton as a crucial factor in his development.

"I thought I would give it a shot because I had nothing to lose. I have tried to address that now, and hopefully I can get back to the way I have been playing."

He added: "When we're not playing well supporters start to turn on us. We were booed off in the first two games.

"I know there has been a lot of negative press written about us in the first two games, but I have stayed away from it.

"The last two weeks against Argentina and Samoa we have been way below par, personally and as a team.

"But New Zealand was a step in the right direction even though the scoreline does not seem to reflect it."

Wales' 33-10 defeat was a sixth on the bounce against all opponents - their worst results sequence for 10 years.

They will suffer an autumn whitewash if they lose to Australia on Saturday.

Defeat would also see them drop out the top eight of world rugby and give them a more difficult World Cup draw.

"Australia are probably one of the most skilful teams we are ever going to come up against," said Priestland.

"It is going to be a tough game, but hopefully it will be close. We owe them one because we have lost the last five matches against them and they have all been close."