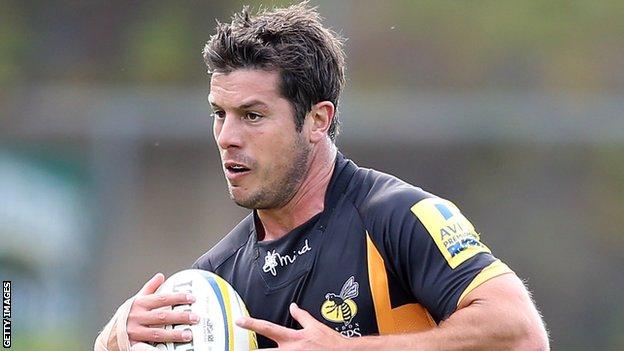 Wasps won 14-12 to maintain their unbeaten record at Adams Park.

"To get a win like that gives us massive confidence. Winning a tight game like that is a great feeling.

"It wasn't a pretty game but we came out on top.

"Those are the games last year that we might have come out on the wrong end of.

"We're not going to make bold statements of where we want to go but at the whole time we are improving."

Wasps have won all four of their home games this season and despite being eighth in the Premiership table they are only six points behind leaders Harlequins.

"We pride ourselves on our home form and it has been a massive plus for us this year," full-back Southwell added.

"If you can keep picking up wins at home and a few on the road you'll be there or thereabouts."

Meanwhile, Wasps have appointed Nick Eastwood, a former finance director at the Rugby Football Union, as their new chief executive.