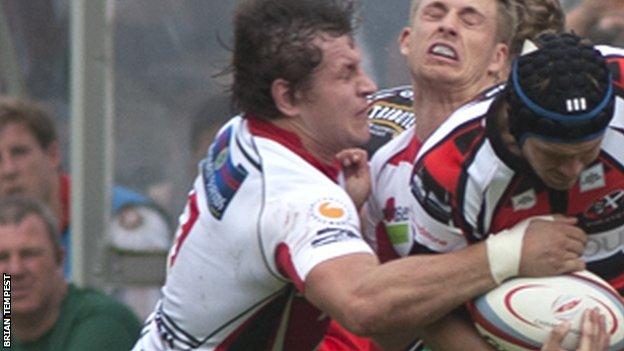 Plymouth Albion flanker Sam Hocking says they have no fear of Championship leaders Newcastle going into their clash at Kingston Park on Friday.

Albion are the final side to face Newcastle this season, with the Falcons winning every game so far as they aim for a Premiership return.

"We can go into the Newcastle game without any fear and try to play some rugby," he told BBC Radio Devon.

"It's been a very positive first half of the season."

But since then Nat Saumi's side have picked up just one more victory, as they lost four more games including

"If you look at the first six games they were all very positive results," Hocking said.

"The games that we lost we should definitely have won.

"Going into the second half of the season it's something we can build on."